Another year, another slew of trade show opportunities to meet other professionals and discover products and trends in the design industry! Most interior design shows are back in full force and an exciting year of in-person product discovery, innovation, and new faces awaits.

Ready to pencil in dates and book flights? From High Point Market to Milan Design Week, there are many shows for designers, brands, and other industry stakeholders. We compiled a list of our favorite interior design trade shows and fairs to visit in 2023. Where will the year take you?

January 19 – January 23, 2023
Paris, France
One of the world’s largest events focused on household products, Maison&Objet has two annual editions in Paris. The January edition is guided by the “Take Care” theme, which will be organized around four main axes: taking care of oneself (physical and mental health), taking care of others, taking care of the planet, and taking care of heritage and venerable skills.

February 7 – February 11, 2023
Stockholm, Sweden
After three pandemic-related cancellations, the world’s largest platform for Scandinavian design, the Stockholm Furniture Fair, is back as part of the February edition of Stockholm Design Week. For 2023, the event’s “Guest of Honor” is the Swedish Studio Front, scheduled to set up an installation at the fair’s entrance hall.

February 23 – February 26, 2023
St. Moritz, Switzerland
NOMAD, the glitzy traveling showcase for contemporary art and design, returns for its winter edition in the alpine resort city of St. Moritz. Other cities where NOMAD travels throughout the year are Capri, Cannes, Venice, and Monaco.

March 11 – March 19, 2023 (March 9 & 10 by invite)
Maastricht, Netherlands
With over 275 dealers from 20 countries, TEFAF Maastricht is a showcase for the finest Old Master paintings, antiques, and classical antiquities on the market – as well as modern and contemporary art, jewelry, 20th-century design, and works on paper.

April 2, 2023 (March 29 and 30 by invite)
Paris, France
Launched in 1998 with a unique focus on eclecticism and connoisseurship, PAD was the first design fair in the world and has two sister editions in Paris and London. The Paris edition is held in the Jardin des Tuileries public gardens where Queen Catherine de Medici once built a royal palace in 1564.

April 18 – 23, 2023
Milan, Italy
April is headlined by the 61st edition of Salone del Milano — one of the world’s most famous furniture fairs — and its city-wide design festival Fuorisalone. And after a four-year hiatus, Salone del Mobile’s biennial lighting design show Euroluce is returning for its 23rd edition.

April 22 – April 26, 2023
High Point, NC
With about 75,000 attendees and over 2,000 exhibitors, the semiannual, trade-only HPMKT is the largest home furnishings event in the world — a great place to tap into industry styles, trends, and products.

May 18 – May 25, 2023
New York, NY
After the 10th anniversary of New York Design Week in 2022, the NYCxDesign Festival — an “official celebration of design” — returns with city-wide exhibitions, public installations, trade fairs (including ICFF), and dynamic programming.

May 21 – May 23, 2023
New York, NY
Held at the Javits Center in New York as part of New York Design Week, ICFF focuses on original and sustainable design. Over 10,000 architects, interior designers, retailers, distributors, developers, and press head to the event every year.

September 7 – September 11, 2023
Paris, France
One of the world’s largest events focused on household products, Maison&Objet has two editions in Paris each year. The September edition falls in the ten-day “fringe event” that is Paris Design Week.

September 16 – September 24, 2023
London, UK
Founded in 2003, the London Design Festival (LDF) was born to celebrate and promote London as the design capital of the world.

October 10 – October 15, 2023
London, U.K.
Launched in 1998 with a unique focus on eclecticism and connoisseurship, PAD was the first design fair in the world and has an edition in Paris and another in London each year.

December 2023 (dates TBA)
Miami, FL
Along with Art Basel Miami Beach, Design Miami/ is one of the flagship events of Miami Art Week 2023 and attracts thousands of visitors to the Sunshine State to celebrate collectible design.

Sign up now to register your company for access to this revolutionary new platform for Designers, Architects, and more! 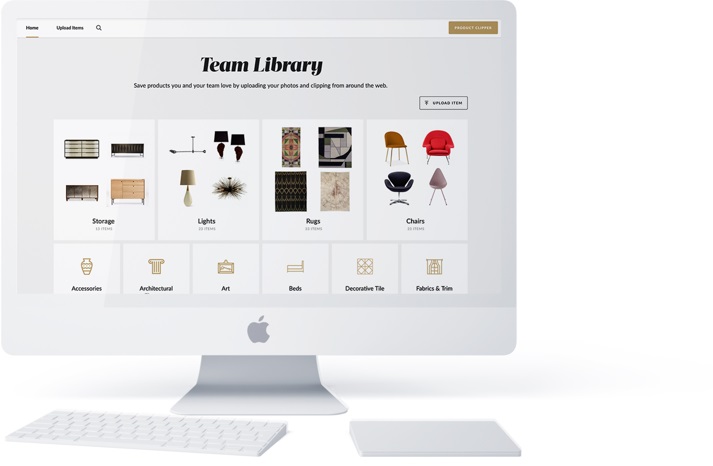 Thanks for Signing Up.

We will review your request as soon as possible (usually within 24-48 hours). When your account is approved you will receive an email providing you with login access. StyleRow is presently only open to verified design trade professionals. We may contact you for additional information (if any is required). While you wait, check out our Learning Center or Stories for more info.